“We suspected there would be an association with olfactory dysfunction and mortality as well, considering that this is an early marker for a lot of neurodegenerative diseases, including Parkinson’s and dementia,” said study author Dr. Janet Choi, a resident in otolaryngology at the University of Southern California.

Her team reviewed nationwide survey and death data from about 3,500 people age 40 and over. The surveys included self-reported loss of smell as well an objective smell test.

Over the five-year study, researchers found no increased risk of death based on self-reported loss of smell.

But the risk of death rose 18% for every 1-point decrease in scores on a “pocket smell test.” On the test, participants were asked to identify eight scents: onion, soap, leather, smoke, grape, strawberry, chocolate and natural gas. They needed to identify at least six to be considered having a normal sense of smell.

The mortality link was significant for adults 65 and older, but not among those between 40 and 64, researchers reported.

Sense of smell is mostly controlled by a nerve from the brain called the olfactory nerve. Olfactory dysfunction leads to more than 200,000 doctor visits a year, according to the study.

A diminished or lost sense of smell can lead to malnutrition, because people may lose their appetite or enjoyment of food, according to the researchers. It’s also linked to depression and a poorer quality of life.

The findings were published Oct. 22 in JAMA Otolaryngology-Head and Neck Surgery.

“We do know that, speaking to patients, they do lose their ability to enjoy life’s simple pleasures, like smelling flowers or enjoying a nice meal out with family or friends,” said Dr. Aria Jafari, an assistant professor of otolaryngology-head and neck surgery at the University of Washington in Seattle.

“Those things can severely impact their quality of life and that can result in depression and associated conditions that could result in a medical condition or death,” said Jafari, who wasn’t part of the study.

Loss of smell may also prevent someone from noticing the smell from a gas leak or a fire, which can be life-threatening. It can also be an early sign of Parkinson’s disease and Alzheimer’s. New loss of smell and taste can be a symptom of COVID-19.

Jafari said he screens patients for loss of smell and advises patients with olfactory dysfunction that they could be at a higher risk of injury.

Treatment varies depending on the reasons for the loss of smell, Jafari said. In some cases, treating chronic sinus issues could fix the


The Apple Watch Series 6 and Fitbit Sense are top smartwatches that can help keep an eye on your fitness levels and act as a phone alternative on your wrist. Both also have an electrocardiogram (ECG or EKG — Apple uses ECG) app, track workouts, sleep and blood oxygen levels, but they’re different in the way they go about doing these things. To help you decide which is right for you, I’ve compared them on everything from fitness tracking to battery life and overall performance.


If you have an Android phone, the Fitbit is your only option, but both work with iOS devices, making the decision trickier if you have an iPhone. After two weeks of wearing these watches, I can tell you that there is no one-size-fits-all option. If you want the best overall smartwatch, with seamless fitness tracking and safety features, get the $399 (£379, AU$599) Apple Watch. If you want the most robust sleep tracking, temperature sensor and the best battery life, get the $329 (£299, AU$499) Fitbit Sense.

The latest Apple Watch has a robust set of fitness tracking features, an FDA-cleared ECG, blood oxygen tracking and all the responsiveness you could want from a smartwatch. It’s also the better option if you need built-in LTE to use your watch without your iPhone nearby.

The Fitbit Sense also offers an FDA-cleared ECG, strong sleep tracking, a temperature sensor and a stress tracking sensor. Unlike the Apple Watch, it also works with Android, has plenty of third-party watch faces to choose from, and offers the better battery life of the two watches.


Both are comfortable to wear, with familiar designs


The Series 6 looks like every other Apple Watch that has come before it, with a square face available in two sizes (either 40 or 44mm) plus a digital crown and side button. The Sense looks like a higher-end Versa and comes in just one 40mm size with a stainless steel rim around the square face, but instead of a physical button, it has an indentation on the side that vibrates when pressed and can be used to control the screen. While the Fitbit is physically larger than the 40mm Apple Watch, the actual screen size is only a hair bigger than the Apple Watch because of the bezels. The Apple Watch also has bezels around the screen, although they’re slimmer than those on the Sense.


Each watch has a color, always-on screen that’s easy to see in broad daylight, although I found the Apple Watch takes the edge for overall brightness when glancing down at my wrist during an outdoor workout.


The Sense has many more watch faces to choose from than the Apple Watch, including third-party ones. However, you can further customize some Apple Watch faces to include complications, which are similar to shortcuts: They can display 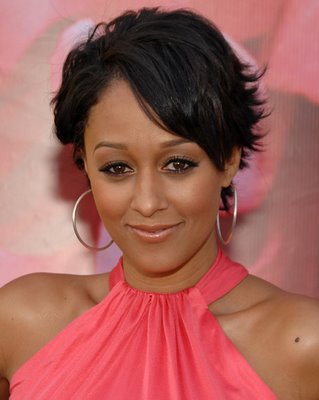 And for this price, .64 fewer individuals have a cardiac event”, and no fewer folks die. Your clinical attachments will take place at teaching hospitals, district general hospitals and in main care. This is especially problematic if the patient has several healthcare concerns and is elderly.

And however what occurred afterwards has small to do with patient safety. Donors bring us saddles, bridles, medicine, blankets, and food to keep the horses healthy. Consequently, family members physicians are educated with the intent to be in a position to deal with the whole spectrum of healthcare troubles that may well be encountered by the members of a family unit.…

Geographically dispersed across the north-south corridor of Australia, Flinders University’s medicine discipline’s students, employees, well being experts and community leaders work collectively to boost the well being of society by way of well being specialist education, research and clinical practice. Students who have a diploma of fundamental education in medicine from the European Economic Area, Switzerland or Andorra can take the national ranking examination and do their specialization in France. Stony Brook University School of Medicine: Applications accepted, although no international applicants had been admitted or interviewed lately.

2Biomaterials Innovation Research Center, Brigham and Women’s Hospital, Harvard Health-related School, Boston, MA 02139, USA. The fact is that although physicians have influence and moral authority, so do other well being specialists, and, in fact, so do all of us. So the suggestions need to pertain to all of us.

For Canadians, though, there are two major variations – initial of all, many US schools will admit Canadian citizens, even though not any other international student AND Canadians may well be capable to get loans back house (be it governmental or institutional, I am not sure which are available to you) and transfer these funds to spend for their research here.

The minimum academic entry needs indicate the minimum grades the university will accept for entry to this programme. Regina is a mother and a widow she speaks about the benefits of health data technologies and timely information access for individuals due to her household loss.

In accordance with Department of Well being suggestions and NHS specifications, you will be offered blood tests to check that you are not infected with Hepatitis B, Hepatitis C and HIV before you can be cleared to participate in particular surgical procedures.…