Welcome to a new VYPE feature for the 2020 football season – VYPE Helmet Stickers powered by Houston Methodist Orthopedics & Sports Medicine! Every week, VYPE will scour the stat sheets of the previous week and find the top performers.

Class 6A teams went into Week 9 and wow there were some amazing performances! See who earned VYPE Helmet Stickers this week. Here are the selections

Let’s lead this thing off with a kicker! In the epic District 23-6A showdown last week at Freedom Field, it went to overtime between Shadow Creek and Pearland Dawson. After a turnover on its first drive of overtime, Pearland Dawson had a chance to win the game. They got in field goal range and called on All-State kicker Carter Brown. He trotted out and nailed a 23-yard game-winning field goal to clinch the District 23-6A Championship for the Eagles and second-ever undefeated regular season. He also went 4 of 4 in extra point attempts in the game as well.

Dekaney improved to 3-0 in district play after a 52-7 win over Eisenhower last week. The Wildcats’ offense was paced by Daelyn Williams finished 10 of 14 for 184 yards and three touchdowns. It was a nice win for Dekaney.

In a tight 21-14 win over Klein last week, Klein Oak running back Charles Garrett had a nice afternoon. Garrett finished the game rushing for 143 yards and a score on 18 carries. Nice game for the junior back for the Panthers.

It took a thrilling 49-48 overtime victory over Klein Collins to remain perfect but Tomball Memorial was able to do just that. Colton Marwill has returned at QB after being held out a few weeks due to injury. Marwill looks fully healthy again as he finished 20 of 32 for 328 yards and four touchdowns with two interceptions. Marwill also rushed for another 37 yards.

Extremely proud of these players, coaches, and trainers for all the work they’ve put in to get to this point. Battled adversity to make history! I think we got our swagger back… pic.twitter.com/kxLE8s2glE

We are giving a helmet sticker to the ENTIRE Cy Park football team!! That’s what you get when you make history. Last week a 42-29 win over Langham Creek punched the Tigers’ ticket to the 2020 playoffs. It is the first time in program history that Cy Park is heading to the playoffs. Some individual performances did stand out. The Tigers only had five yards passing for the game but then ran the ball for 475 yards. That’s

State officials have been planning in earnest in recent weeks to get shots into arms even though no one knows which vaccine will be authorized by the Food and Drug Administration, what special storage and handling may be required and how many doses each state will receive.

Despite those uncertainties, the Centers for Disease Control and Prevention is asking states to be prepared to “preposition” doses in key locations throughout the country. Officials want to move quickly once the FDA authorizes a vaccine and a CDC advisory panel issues recommendations on which populations should be vaccinated, according to a letter the CDC sent Monday to state preparedness and immunization officials.

As part of that effort, the CDC is asking states to provide by Tuesday critical information, including a list of each jurisdiction’s top five sites capable of receiving and administering a vaccine that must be stored at ultracold temperatures of minus-70 Celsius (minus-94 Fahrenheit). The letter refers to the vaccine only as Vaccine A, but industry and health officials have identified it as Pfizer’s candidate.

Pfizer chief executive Albert Bourla said Tuesday that “hundreds of thousands” of doses had already been produced and that a first look at the data would occur soon. Pfizer will not apply for any authorization of its vaccine sooner than the third week of November, when it will have sufficient safety data.

“We acknowledge that you are being asked to do unprecedented work,” wrote Nancy Messonnier, director of CDC’s National Center for Immunization and Respiratory Diseases, which is leading the CDC’s role in vaccine distribution. She added: “This is a new planning ask.”

State officials say they have been trying to raise the issue with federal officials but have received little response.

“It is absolutely ridiculous that the administration, after spending $10 billion for a Warp Speed effort to develop a vaccine, has no interest in a similar investment in a Warp Speed campaign to get the vaccine to every American as quickly as possible after it is approved,” said Michael Fraser, executive director of the Association of State and Territorial Health Officials.

Operation Warp Speed is the federal initiative, funded by more than $10 billion of taxpayer money, to fast-track development of coronavirus countermeasures.

“The now accelerated timeline underscores the need to address the issue of funding for state and territorial health agencies to make this all work,” Fraser said. “There are many other costs that have no clear way to be paid for at this point.”

Local officials still need to recruit thousands of people to staff vaccine clinics and enroll and train providers. They also have to ramp up information technology and data systems to track vaccine inventory and ordering to ensure people get the correct doses at the right times — most vaccines will require two shots — and to monitor for adverse events. They will need to develop locally tailored vaccination communications campaigns, too.

“States have received some funding, but it’s not nearly enough” to support the scale, scope and 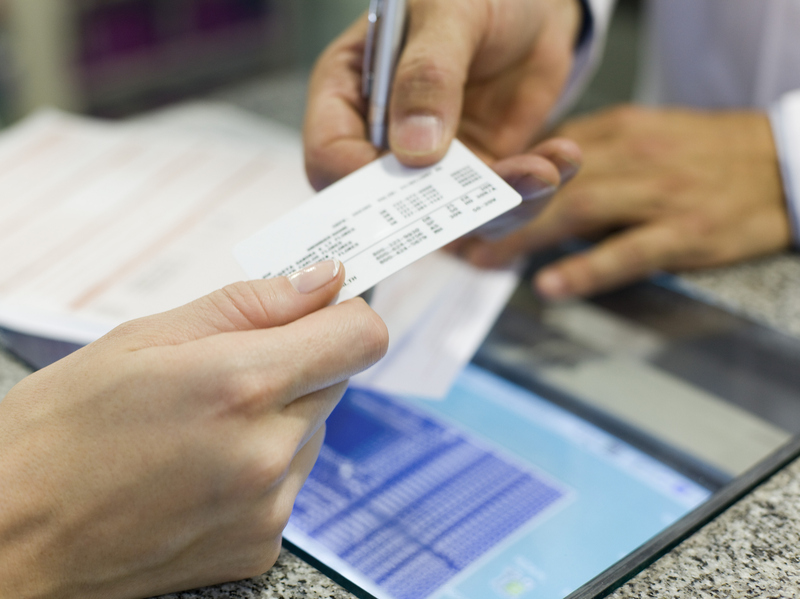 Open enrollment is about to start for those buying private insurance off state or federal exchanges. 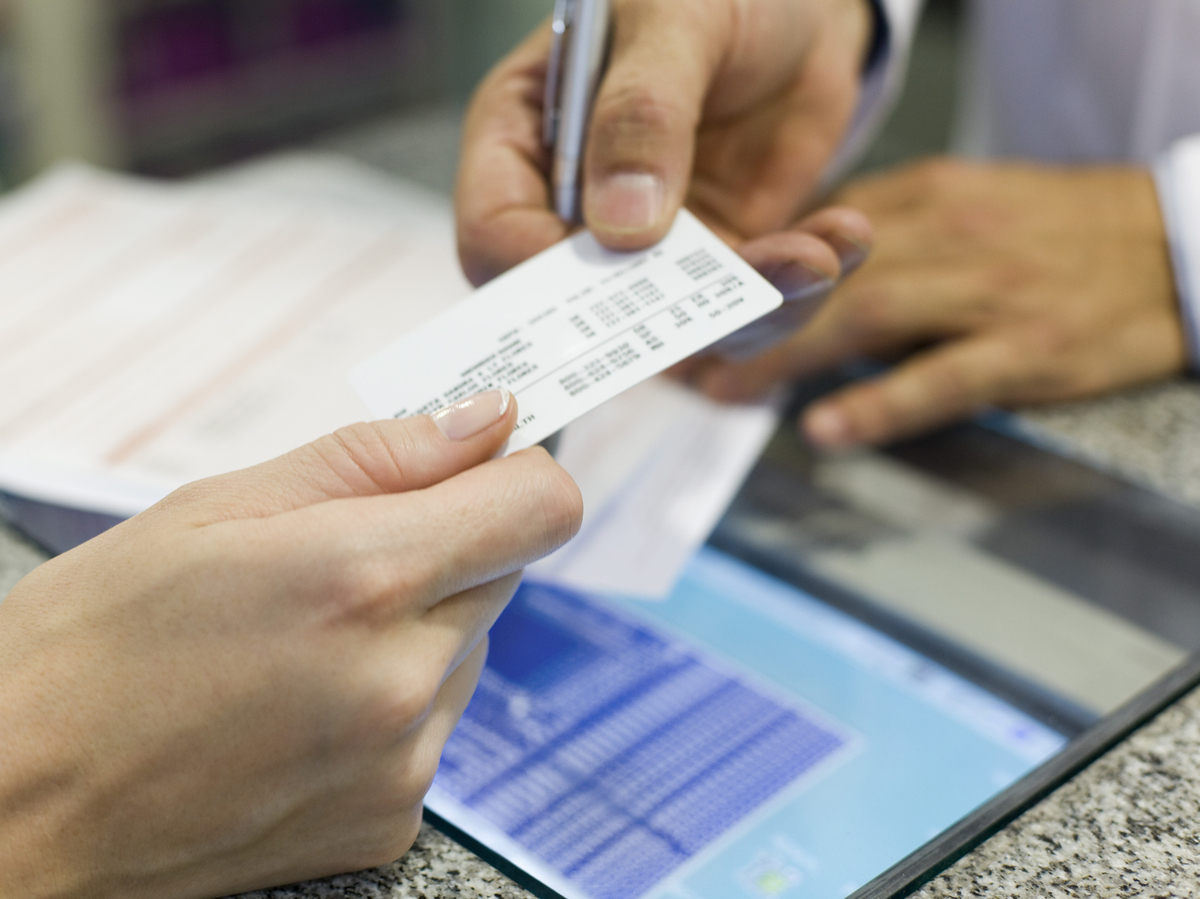 Open enrollment is about to start for those buying private insurance off state or federal exchanges.

“What’s been fascinating is that carriers in general are not projecting much impact from the pandemic for their 2021 premium rates,” said Sabrina Corlette, a research professor at the Center on Health Insurance Reforms at Georgetown University in Washington, D.C.

Although final rates have yet to be analyzed in all states, those who study the market say the premium increases they have seen to date will be in the low single digits — and decreases are not uncommon.

That’s good news for the more than 10 million Americans who purchase their own ACA health insurance through federal and state marketplaces. The federal market, which serves 36 states, opens for 2021 enrollment Nov. 1, with sign-up season ending Dec. 15. Some of the 14 states and the District of Columbia that operate their own markets have longer enrollment periods.

The flip side of flat or declining premiums is that some consumers who qualify for subsidies to help them purchase coverage may also see a reduction in that aid. Subsidies are determined by a mix of a consumer’s income and the cost of a benchmark plan.

Here are a few things to know about 2021 coverage:

It might cost about the same this year — or even less.

Despite the ongoing debate about the ACA — compounded by a Supreme Court challenge brought by 20 Republican states and supported by the Trump administration — enrollment and premium prices are not forecast to shift much.

That relative stability followed ups and downs, with the last big increases coming in 2018, partly in response to the Trump administration cutting some payments to insurers.

Those increases priced out some enrollees, particularly people who don’t qualify for subsidies, which are tied both to income and the cost of premiums. ACA enrollment has fallen since its peak in 2016.

Charles Gaba, a web developer who has since late 2013 tracked enrollment data in the ACA on his ACASignups.net website, follows premium changes based on filings with state regulators. Each summer, insurers must file their proposed rates for the following year with states, which have varying oversight powers.

Gaba said the average requested increase next year nationwide is 2.1%. When he looked at 18 states for which regulators have approved insurers’ requested rates, the percentage is lower