Steven Bergwijn and Serge Aurier are set to return for Tottenham’s Europa League clash with Antwerp after both players trained on Wednesday.

The pair missed Monday’s win 1-0 at Burnley with what boss Jose Mourinho called ‘little injuries’, but they have given their manage a huge fitness boost ahead of Thursday’s game.

Bergwijn missed the 6-1 victory over Manchester United before the international break but returned for the 3-3 draw with West Ham last week, only to pick up a slight knock. 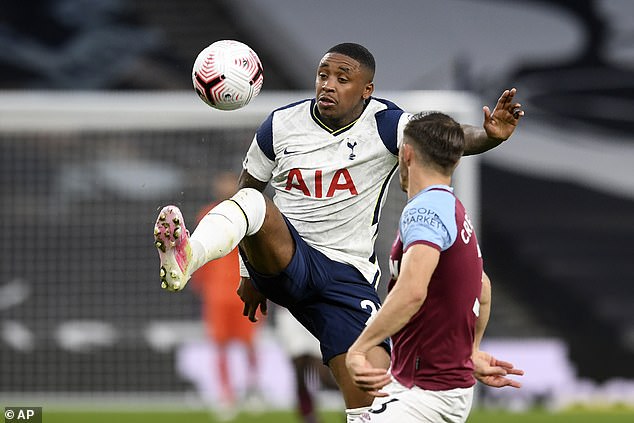 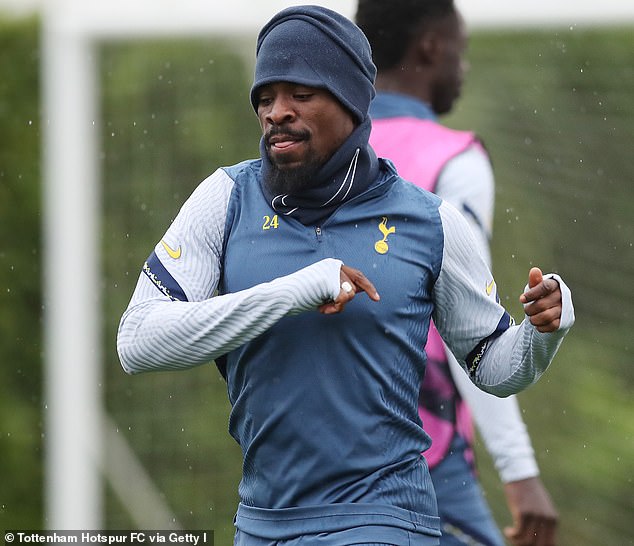 Aurier started both games at right back after he was given the nod ahead of Matt Doherty, who was favoured in the opening three league matches.

But the Irishman returned to keep a clean sheet at Turf Moor in Aurier’s absence and could retain his place in the starting XI.

Japhet Tanganga was the only absentee from training with the defender still battling a thigh problem. 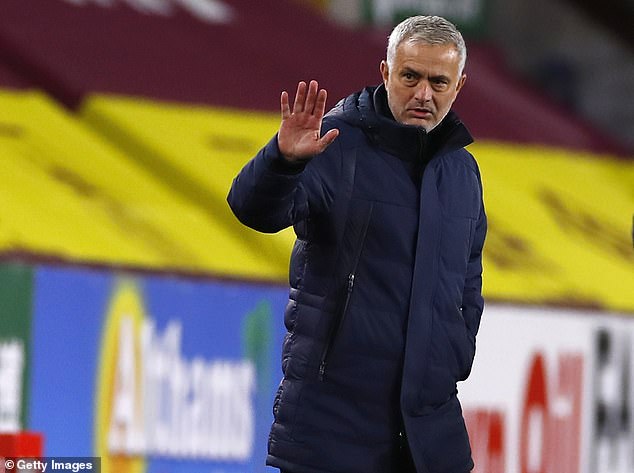 Spurs won their opening Europa League group game against LASK last week with an own goal and strikes from Lucas Moura and Son Heung-min ensuring a 3-0 victory.

Mourinho opted to rest captain Harry Kane for the game and could be tempted to start summer signing Carlos Vinicius once again with his side facing Brighton in the Premier League on Sunday.

However, Antwerp have made a strong start to the Belgian season and are arguably Tottenham’s toughest opponents in Group J. They currently sit top of their domestic table with six wins in 10 games.