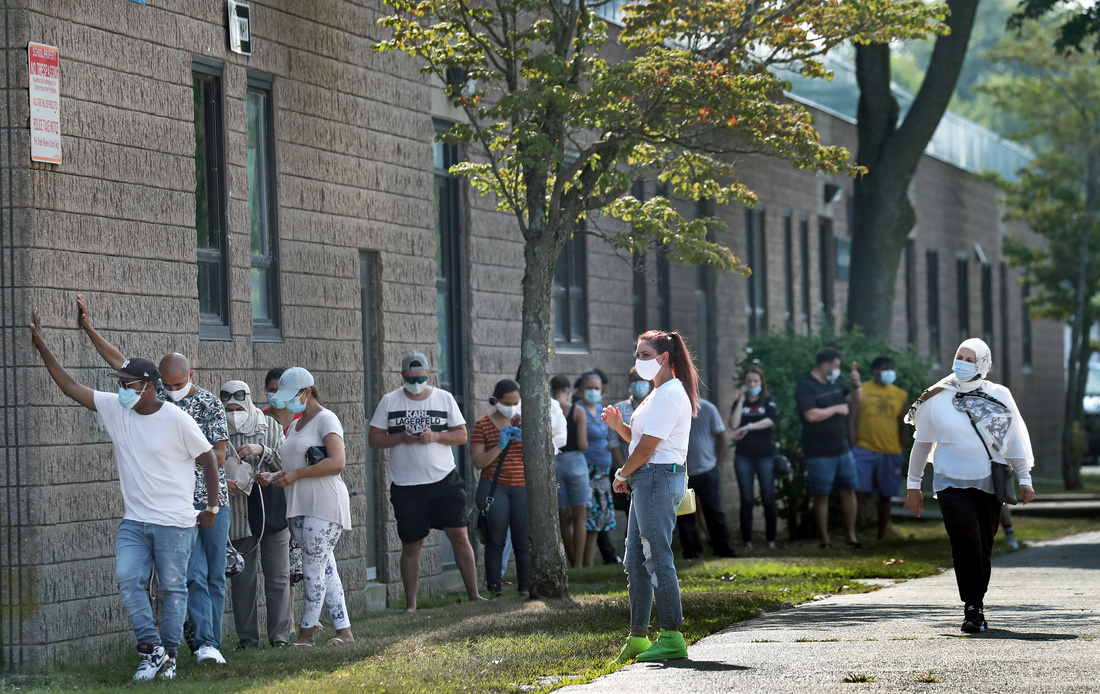 People wait in the shade while in line to get Covid-19 tests in Revere, MA. 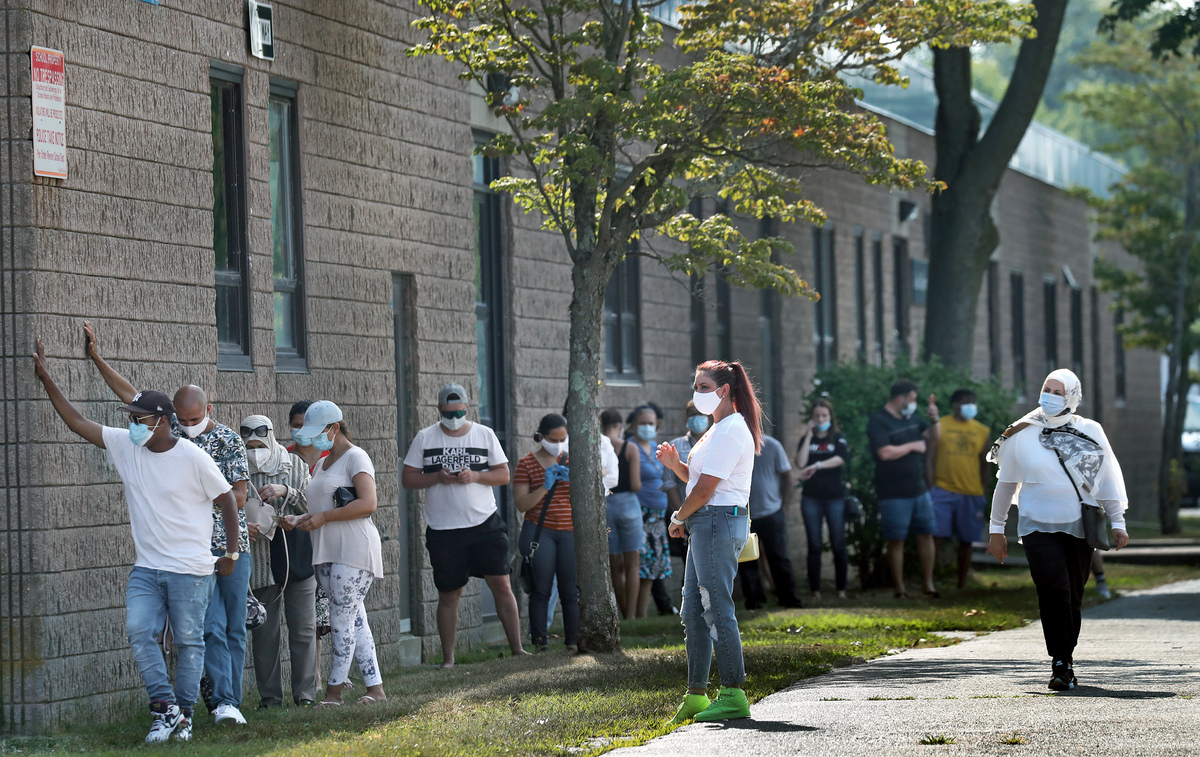 People wait in the shade while in line to get Covid-19 tests in Revere, MA.

People are getting the results of coronavirus tests in the U.S. faster than they were in the spring, but testing still takes far too long to help effective disease control measures such as contact tracing and quarantining, according to the results of a large national survey.

The survey, which is conducted monthly by a consortium of researchers from Northeastern, Northwestern, Harvard and Rutgers universities, also finds that Hispanics and African-Americans are waiting about a day longer than whites on average, underscoring yet another way the pandemic is hitting minorities harder.

The researchers also found that a disturbingly high proportion of those testing positive — almost half — are never contacted by a health worker to determine who they may have infected, a crucial step for preventing outbreaks.

“That is how you limit the spread of the disease and limit the number of people who have to socially isolate and avoid lockdowns,” says Dr. David Lazer of Northeastern University, who led the team conducting the survey. “The good news is there has been some improvement. The bad news is everything is still taking far too long.”

The researchers surveyed 52,329 people in all 50 states and the District of Columbia in July, August and September as part of a series of ongoing surveys the team has been conducting since April.

Of those surveyed, 12,911 got a coronavirus test, including 8,843 whose sample was collected with a nasal swab.

Among that group, the average wait time for results was 2.7 days in September, down from four days in April, the researchers found. In addition, the proportion of people getting their results back within 24 hours increased from 23% to 37%.

While that’s an improvement, the turnaround time is still “too slow in most cases to support a successful strategy of contact tracing,” and most people are still waiting far too long, the researchers wrote.

They noted that in September, 42% of those tested had to wait at least three days before getting their results.

“We know that African-Americans and Hispanics are underserved medically,” Lazer says. “This is reflective of that larger reality. It’s terrible.”

To keep outbreaks from occurring, people who are infected need to be contacted quickly, ideally within 24-36 hours to make sure they don’t infect other people and find out who they may have come into contact with so those people can be told to quarantine and get tested.

In fact, only 56% of those who tested positive were contacted by a health worker to get contact tracing information, the researchers found.

“Delivering results is just one part of the testing process,” the researchers note. “Many face difficulties accessing tests in the first place.”

It’s not just delays in test results that are styming public health efforts. Many respondents report obstacles in getting tested to start with. Thirty-five percent of people in the August and September surveys had to wait at least three days between deciding to get a test and actually getting the test, the researchers found.

The average person who got tested in the August and September surveys was tested within 2.5 days and waited 3.7 days for the results of the test. That means it took a total of 6.2 days between deciding on a test and receiving results, the researchers wrote.

“So even with the improvement in results, people are waiting about week. And by that point much of the harm that could occur in spreading through that person’s social network has already occurred,” Lazer says. “What you want to do is cut that to within 24 hours to 36 hours.”

The reasons people have trouble getting tested varied. One-third of people did not know how or where to get a test, 23% said the testing site was too far away, and 14% said the test was too expensive.

We use cookies on our website to give you the most relevant experience by remembering your preferences and repeat visits. By clicking “Accept All”, you consent to the use of ALL the cookies. However, you may visit "Cookie Settings" to provide a controlled consent.
Cookie SettingsAccept All
Manage consent