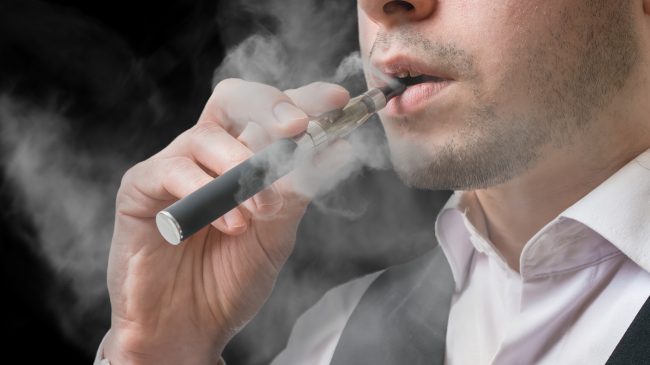 For some time, merchants and the FDA have gone back and forth like a game of chess over the regulation of e-cigarettes. Back in July of 2017, the Food and Drug Administration opted to delay regulations that would have removed many e-cig products from the market, which also opened the door to endorse cigarettes as a means to get smokers to quit. The e-cig industry breathed a sigh of relief.

Fast-forward to the beginning of 2018, the FDA is facing new legal challenges over its e-cigarette rules. A lawsuit filed by the nonprofit Pacific Legal Foundation could overturn certain rules that threaten the survival of the e-cigarette industry. The “deeming rule” in question was issued in 2016 and pulled e-cigarettes under the agency’s regulatory control; thus, subjecting them to the same kinds of marketing restrictions as tobacco cigarettes.

The Pacific Legal Foundation has filed lawsuits on behalf of vaping businesses in district courts in the District of Columbia, Minnesota and Texas. The Pacific Legal Foundation is firmly claiming that the FDA’s deeming rule violates the First Amendment because it allows the agency to treat nontobacco vaping products as if they were tobacco products regulated by the Tobacco Control Act.

Attorneys for the legal group argue in court documents that “Thanks to the Deeming Rule, anyone who manufactures or sells a vaping product must obtain FDA’s preapproval before engaging in truthful speech concerning that product’s health and related effects.”

The biggest priority of the FDA’s stringent regulations on e-cig products is safety and overall public health. Manufacturers of e-cigarettes have long claimed that their products are a less harmful alternative to traditional cigarettes and help people quit smoking.

Areport published in January by the National Academy of Sciences Medicine and Engineering states that “there is conclusive evidence that completely substituting e-cigarettes for combustible tobacco cigarettes reduces users’ exposure to numerous toxicants and carcinogens present in combustible tobacco cigarettes.” However, the same report admitted that these products are not completely “safe”; they still put teens at a higher risk of trying cigarettes.

The fear is that the industry and consumers will find themselves in a situation where harmful cigarettes – which kill half of their lifelong users –remain abundant, while safer e-cigarettes are regulated out of existence. While the industry and the FDA are in the midst of a battle to sort the situation out, merchants are left with an unclear path for moving forward.

For now, e-cig merchants are relying on the expertise and services of alternative providers that specialize in working with this industry’s needs, like eMerchantBroker.com. Through flexible options like an e-cig merchant account, these businesses can operate safely and efficiently. They also have access to valuable resources like chargeback protection and prevention programs and multiple payment gateway options.

Before you jump in and spend a small fortune on a six month supply of penis pills, it is well worth taking the following into account.

Penis pills can have their side effects

All manufacturers will say that the only side effect their product has are boners, but that’s not true at all. Some penis pills include ingredients that aren’t recommended for long-term use. Yohimbe for example — a very powerful sexual stimulant-can unfortunately also raise blood pressure to dangerously high levels. Fortunately, most well-known brands eliminate Yohimbe from their product.

Whatever you might read to the contrary, know one thing

Penis pills will not make your penis permanently larger. Correct! What they actually do is increase blood flow to your penis; along with testosterone level enhancement. But those things on their own will not equate to permanent size increases.

Whatever improvements you achieve while you’re talking the supplement will quickly diminish once the last pill in the box has gone its merry way. Thankfully there are specific non-surgical procedures that do help with penile growth; and non surgical penis enlargement at Man Cave Sydney can provide you with safe, effective long-term results.

How do you compete against an excellent, clinically tested product like VigRX Plus for example, if you’re not willing to invest in R & D, clinical testing and use the best natural ingredients available? Well, the answer is simple: You stick a controlled substance (usually an anti-impotence drug) into your formula and then fail to declare it on the label. You make a lot of sales extremely quickly until the FDA put out an alert on your unauthorised medicinal product and you do a runner. That’s exactly what some unrepeatable companies have been caught doing. They’ll include drugs that are prescription guarded in their formulas – drugs that require medical supervision to be taken safely – and they’ll happily sell them as “natural and safe” to the unwitting consumer.

Several factors can affect the quality of ingredients; in fact, there are so many to mention. But cultivation and preparation techniques, compound purity, ingredient ratios, whether the compound extracts in the supplement are “standardised” to a specific active compound level, all play a significant role in determining results. It’s for this reason that two supplements might contain the same ingredients, but while one is effective, the other is no more effective than an expensive and not so tasty Smarty. Sticking with the best brands is the only way to ensure that you get a product that actually works.

You’ll often find the option to enter a discount coupon on many penis pill retailer sites. Although there’s nothing fundamentally dishonest about these coupon boxes, several ‘affiliate’ sites attempt to lure customers in with phoney deals. Don’t fall for it. You can be taken to very convincing fake sites and counterfeit dud products.…