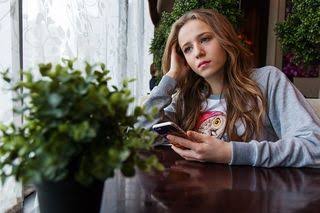 The rate at which adolescent and teenage girls commit suicide doubled in the last decade, according to data from the U.S. Centers for Disease Control (CDC).

When you delve deeper into the data, several disturbing trends emerge. Parents – particularly suburban dwellers from the middle- and upper-socioeconomic classes – may believe their daughters are insulated from these disturbing trends. The research, however, tells a different story.

The news isn’t all bleak, however. Girls respond favorably to treatment for mental health issues. And, when parents and caregivers provide the right type of help, young women can go on to lead healthy, happy and productive lives.

Gender as a Risk Factor for Adolescent Suicide

Although teenage boys succeed at taking their own lives more frequently than girls, girls make more frequent suicide attempts. The percentage of adolescent and teen girls who have planned or contemplated suicide is especially disturbing.

In the most recent CDC Youth Risk Surveillance Survey, 22.1% of female high school students (9th through 12th grade) considered attempting suicide during the 12 months prior to the survey. Among those, 17.1% of teenage girls had gone so far as to make a suicide plan and almost 10% actually attempted suicide, with 3.1% requiring medical treatment for the resulting injuries.

Whereas adolescent and teen boys typically turn to firearms, jumping or hanging, girls tend toward self-poisoning (usually with opioids or other prescription drugs) and more traditional self-harm behaviors such as cutting.

The CDC data indicates that mental illness strongly correlates to suicide attempts. For adolescent and teen girls, the presence of four key factors strongly indicates an increased suicide risk. Those factors are as follows:

Girls at risk for suicide may demonstrate signs of hopelessness, suddenly develop academic problems or avoid attending school, lose interest in activities they previously enjoyed, or withdraw from friends and family without explanation. Mood swings, rage, uncontrolled anger and the desire to seek revenge are other potential warning signs.

Psychologists caution parents that a lack of these or other risk factors do not mean your child is not at risk of attempting suicide. And, although not every young woman who commits suicide displays any warning signs, all parents need to be diligent in keeping track of their daughter’s state of mind.

Experts recommend talking to young women about suicide, even if you don’t suspect any problems. This is especially important if your daughter has a friend or classmate who has attempted suicide or if she seems preoccupied with the subject of death.

Getting treatment for psychological or mental challenges is also critical. However, it is often difficult for parents to tell the difference between typical teenage angst and actual mental illness.

Helping young women develop resilience, conflict resolution and problem-solving skills can also reduce their risk of committing self-harm, as can making sure they have access to a supportive peer group. Another approach that has strong support in the scientific research is residential treatment geared toward the development of emotional health, independence and life purpose.

Before sending your daughter or another young woman in your care to a residential treatment academy for girls, take the time to understand the basis of the facility’s treatment programs and peruse parental reviews and client testimonials, to ensure you’re making the right choice. Click here to read Eva Carlston Academy reviews.

Together, parents, educators and treatment professionals can work to help overcome the increased suicide risk faced by adolescent and teenage girls.